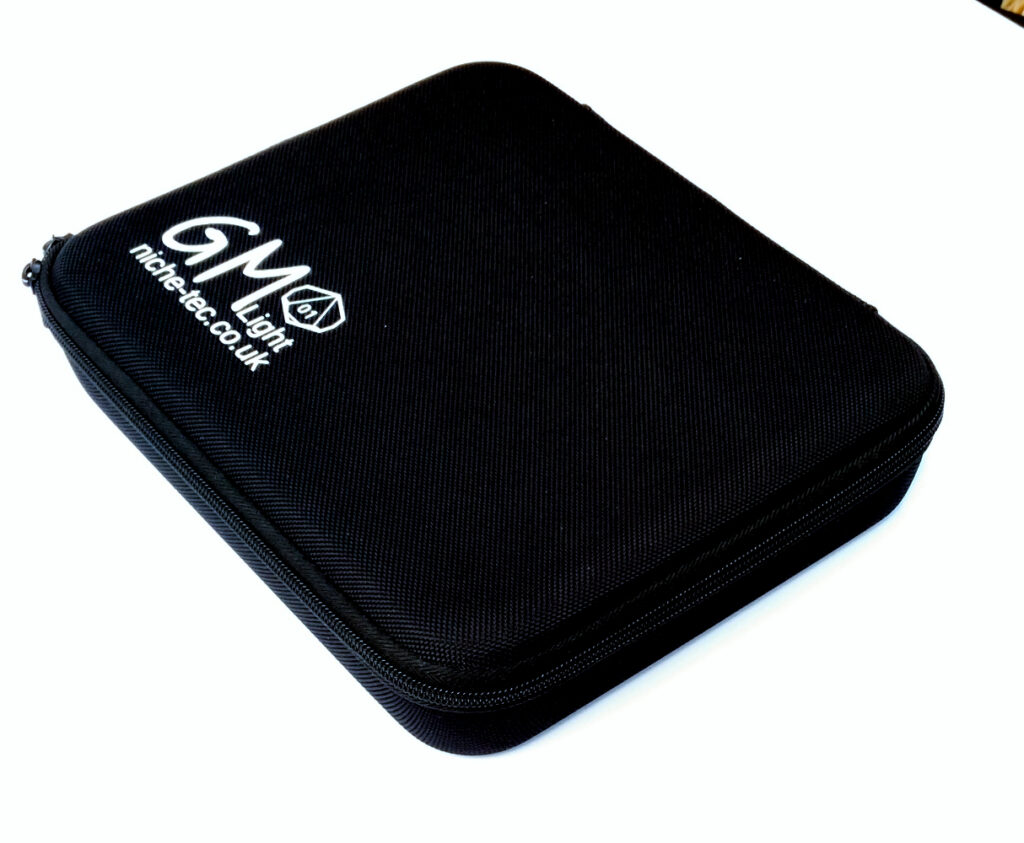 GM Light is an actual product now, rather than an idea in my head! I suppose I need to explain what it is and where it originated, well I have been a player of fantasy role playing games since I was at university in the 1980s initially as a player but very soon after, a GM. I have run many campaigns over the years and one thing that struck me was the sheer quantity of papers and paraphernalia that a GM ends up carrying to a game session. This is my attempt to reduce the amount of stuff you have to tote. Also you can bet if you roll a random encounter you won’t have the exact figure for the monster.

GM light is my solution. I have sourced 310 tokens of all the typical monsters and bad guys to allow a phys. rep. of the monster to be placed down. The numbers of the tokens lend themselves to creating a random encounter for most encounters. Rather than have a fold out battle mat which has issues with the creases and laying flat I have created two sided dry wipe tiles. 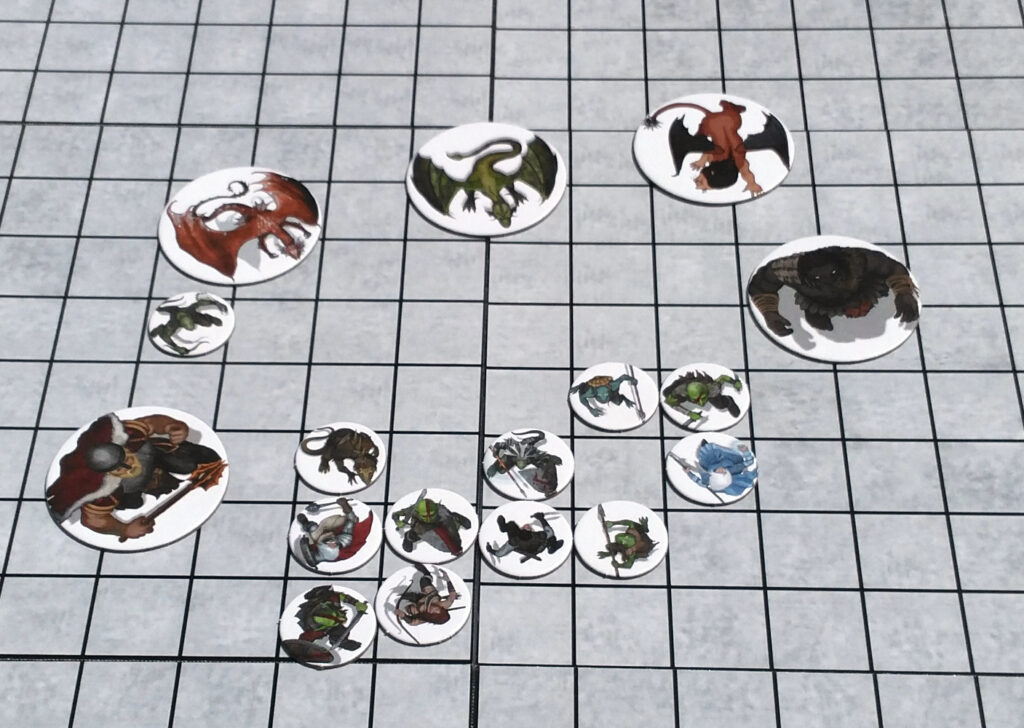 Because I wanted to cover as many role playing game systems as possible, I came up with the idea of the flavour pack. The full GM travel set comprises the GM Light core set and a flavour pack.

The flavour pack will have all the extras that are specific to a game system like monster stat cards,  a combat tracker, a GM screen and a spell template. This way generic monsters from myth, folklore and popular fiction can be reused with the flavour pack for each game system.

GM Light  core could support all of them (once the appetite for GM light Core is proven) but practically, before paying for the development of flavor packs for games that may no longer be played. I need find some way to identify which are still relevant. Comments on how to poll the community please ! 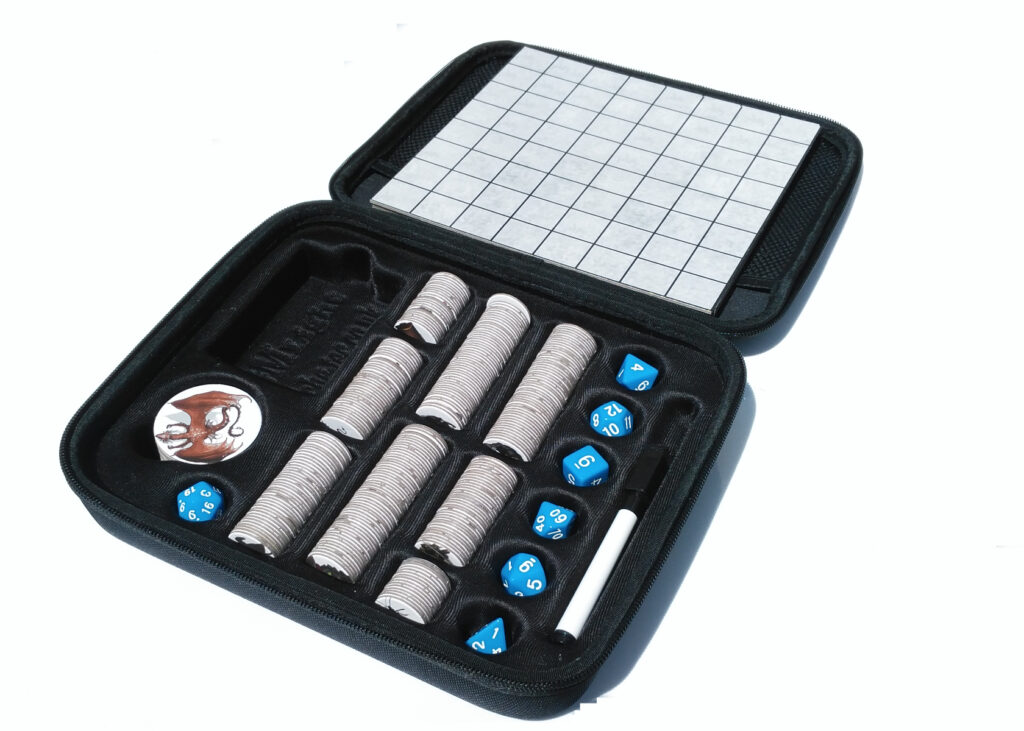